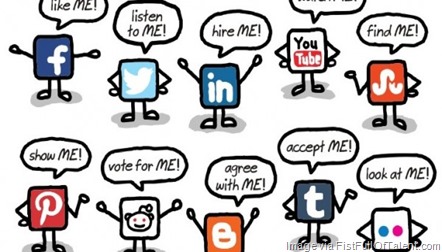 What happened to Generation X? They are generally defined as anyone born between 1965 and 1980, sandwiched between 80 million Baby Boomers and 78 million Gen-Y (Millennials). Gen-X has just 46 million members, but they continue to lead the way and set the standards in the startup world.

Gen-X is the group that will bridge the two larger generations of Boomers and Gen-Y. I guess the bridge isn’t as exciting as what has happened on one side or what might happen on the other, so they are often referred to as the “forgotten” generation, or the lost child demographic.

I spotted a book a while back which humorously characterizes the issues, titled “X Saves the World: How Generation X Got the Shaft but Can Still Keep Everything from Sucking ”, by Jeff Gordinier. He has a big generational chip on his shoulder, and his tongue-in-cheek rhetoric is inspiring age-based debates in offices across the country.

What are the legacies that Gen-Y inherited from Gen-X? Aren't Gen-X creations like YouTube and MySpace largely responsible for Gen-Y narcissism? Didn't punk rock begat Rock Band? Gordinier says in his book "We've created all these great websites that now Millennials waste their lives on."

In fact, one could argue that Gen-X actually created the Internet. The Internet then gave each person the ability to voice their own ideas and concerns, leading to new levels of group collaboration. Here are some additional characteristics often associated with Gen-X:

Gen-X is rife with entrepreneurs. In fact, they will likely make or break our country’s ability to transition to the new social Internet society. They have drive and independence. And they have a lot they can teach both the boomers and Gen-Y.

In fact, they currently make up 42% of the American workforce, compared to 32% Boomers (because some have already retired) and 26% Gen-Y (the rest are still at home or in school).

This generation felt the freedom to go into business for themselves, such as the many dot-com companies that emerged during the 90s. They were not as concerned with security, often returning to their parents' home after experiencing college and work for the first time.

For at least the next few years, Gen-X will be the major facilitators of change. They are now or will be soon running your company. Indeed, in these times we really can’t afford to forget this particular group. Show your respect today.