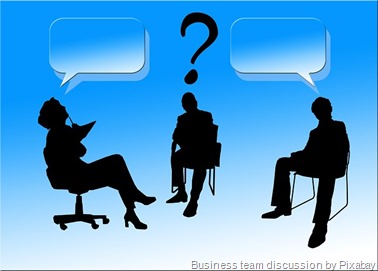 The best startup teams don’t shy away from some healthy friction and heated debates between team members or founders. That’s the way smart people with innovative insights make real change happen. Yet we all know that there is a fine line here, beyond which heated debates generate so much emotion and drama that the entire team becomes dysfunctional.

The obvious challenge is to channel these interactions in a way that maximizes their value to the startup as positive results, without letting them slip into a non-productive or even toxic mode. An equally important challenge is to maintain a culture that rewards engagement, since many people are uncomfortable challenging the views of others.

For feedback of any type to be effective, there can be no quick judgment of right or wrong. Yet it certainly is possible for team members to not deliver feedback well, or for the receiver to accept it poorly or even ignore it. Either of these problems turns conflict into unhealthy friction, which can be avoided with the following initiatives:

By definition, startups are dealing with uncharted territory and change. As an investor, when I meet a team that exhibits no conflict, I conclude that either the founder is a tyrant, or the team is weak. Neither of these alternatives bodes well for long-term success. On the other hand, excessive and unmanaged conflict is debilitating and unproductive.

As an entrepreneur, you can’t survive alone, and you can’t make every decision alone. The best entrepreneurs surround themselves with people smarter than themselves, ask the right questions, coalesce and learn from the input, and motivate the team forward to success.

Have you worked lately on your ability to rise above the conflict?