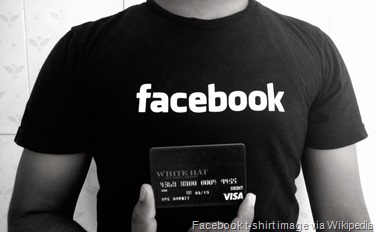 One of the most popular and least successful models I see in new business plans for startups is the so-called Facebook model, providing free services to users while collecting revenue from ads to offset costs and grow the business. To make this work, you need heavy traffic on your site -- probably at least a million page views per month -- which most sites never achieve in their lifetimes.

That’s an especially tough challenge in your first year or two of operation, even if you use every technique known to get traffic flowing. While you are doing all this work, of course, you need deep pockets to fund all your efforts, content and growing website hosting fees. When Facebook did it a few years ago, the company used more than $100 million in venture capital funding before it became profitable.

It helps to understand how online advertising really works. When I first took a look at it, I was overwhelmed by all the terminology and acronyms, so I spent some time sorting it out and simplifying it for aspiring entrepreneurs and the rest of us:

It’s also important to know that advertising delivery technology has come a long way in the past few years. The ads you see from day to day may change as your site content changes, and every visitor may see a different ad based on their profile and interests. Now ad space is often auctioned to the highest bidder in the few milliseconds while your page is being built.

But all this doesn’t change the reality that it’s hard to make any money on ads in the early days of a new startup. Even Facebook required nearly five years and 300 million users before it became cash-flow positive from advertising. With the competition today for ads on popular sites such as Twitter, the probability of new sites building a big revenue stream from ads is even lower.

So if you want to make money like Facebook from ads, your first step is to grow a very large visitor base, funded by a revenue stream other than advertising, or investors with a strong ongoing commitment to your success. In other words, it’s time to think of advertising revenue as a benefit of your success, not the source of it.