Getting A Software Patent Is Valuable But Frustrating 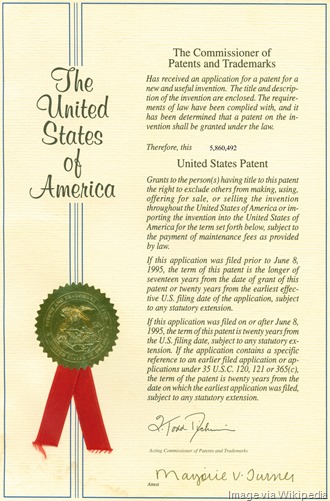 For a software startup, a patent can be the intellectual property providing the key competitive advantage, or it can be an expensive non-defensible bureaucratic nightmare -- or both. I still generally advise software startups to file a patent as a barrier to entry from competitors and to increase their valuation by investors, but every entrepreneur needs to understand the tradeoffs.

Most experts agree that the software patent process is in disarray, and you can find a long Wikipedia article on the debate, as well as many strong views from key industry players. Some argue to simply eliminate software patents, while others put their hopes in U.S. patent reform legislation and an international Patent Cooperation Treaty to mitigate the challenges.

In any case, I believe maximum protection for your intellectual property should always be sought by entrepreneurs to increase their sustainable competitive advantage and increase their valuation to investors and potential acquirers.

The smart ones continue to judiciously apply for patents but only in the jurisdictions where the opportunity is greatest, using their own resources to keep the costs down and limiting their claims to only the most defensible and valuable. It pays to understand the tradeoffs, but it doesn’t pay to let an emotional debate stand in the way of your business success.