Steve Jobs was a one-in-a-million entrepreneur who seemed to violate many conventional rules of starting a business and dealing with people, yet undeniably achieved great success. According to various reasonably credible reports, including his authorized self-titled biography “Steve Jobs,” by Walter Isaacson, he often ignored customer input, berated team members, and misused key business relationships.

As a result, I don’t recommend to aspiring entrepreneurs that they try to emulate his style as a model for their first startup. I don’t proclaim to understand the genius of Steve Jobs, or how his unconventional approach led to success, but I do know some accepted startup principles that he seemed to go out of his way to violate:

At the same time, Steve Jobs was a strong advocate of other key startup principles for success, including creating insanely great experiences (not just products), following your heart to do what you love, and thinking differently to produce real innovation. He was also a master marketer who believed in selling dreams, not products.

The bottom line is that every entrepreneur is unique, and there is no magic formula for success in business. Thus the more you know about yourself, the market, and technology, the more likely you will be able to achieve success. Steve Jobs didn’t want to follow conventional principles, but he also didn’t believe in going into business with blinders on. That’s a model for all of us to follow.

MartinZwilling at 6:30 AM 2 comments: 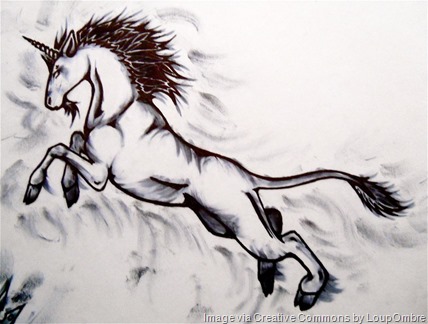 I’m sure all of you know one or more of the 200 or more young companies that are currently valued at one billion or more by investors and stockholders. These are popularly called “unicorns.” Some of the most well-known include Uber, Airbnb, Snapchat, Xiaomi, and Pinterest. What every entrepreneur is asking me these days, is “How do I get to be a unicorn?”

The first thing I have to remind everyone is that the odds are stacked against you, just like in a lottery. Based on some good estimates of how many new ventures have been started in the last five years, the statistical odds of any individual startup making it to this level are less than one in a million. But, of course, that doesn’t mean you shouldn’t try.

The fact is that valuations are largely set by top venture capital investors and financial firms, and they all have their own proprietary formulas for assigning value. But let me assure you that in the final analysis, the numbers and key elements are highly subjective. Yet there are a common set of driving factors that every entrepreneur should know, including the following:

But remember, things that go up fast can also come down just as fast. More and more pundits are predicting that the unicorn bubble has grown through hype beyond sustainable value, and will soon collapse. They point to the valuation implosion of former superstars Groupon, Dropbox, and Zynga, which have dropped to valuations that are a fraction of their once lofty numbers.

In addition, achieving unicorn status brings a new set of challenges to a young growth company. The pressure is always on to take more money, to drive the valuation higher and stay in the spotlight, just at the point where a company begins to make money rather than burn through it. Too much money often leads to bad decisions, and has led to the demise of more than one promising growth venture.

But, I’m not suggesting that you take the focus off of valuation. The numbers may be relative, but the principles behind them won’t change, and work for smaller startups as well as unicorns. My advice is to aim high, but be realistic in negotiating with investors.

Unrealistic valuation expectations are one the key reasons that investors walk away from a promising startup, leaving you with no valuation, and perhaps no future. You have to earn a billion-dollar valuation, not declare it. How well does your new company stack-up today?

Some Business People Talk While Smarter Ones Listen 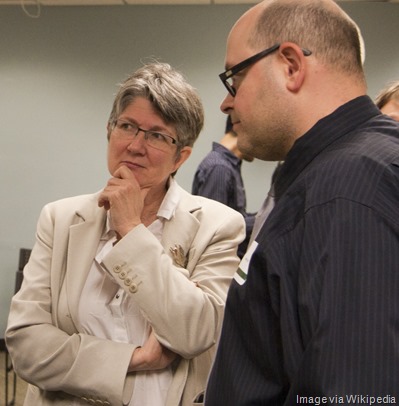 As a business advisor, I certainly recognize the need for talking to make an investment case, close a sale, or communicate with your team. I also recognize the need for active listening. The challenge is to know when it’s time to switch from one to the other. You can’t learn anything new while you’re talking, yet many business professionals and entrepreneurs seem to never stop.

It’s a sad spiral, since the longer you talk to someone without stopping to listen, the less both of you really hear, meaning they don’t learn anything and you weren’t listening, so you have to spend even more time talking to get the message across. Here are some guidelines for the most productive interchanges with business associates, investors, and customers:

In business, if you find yourself talking more than listening, it may be time to tune your skills in both. Responsible, effective communication will give you a sustainable competitive advantage over both your peers and your competitors, by allowing you to get more done in less time. Time is a critical resource in these rapidly changing times. Don’t waste it repeating your message ad nauseam.

A Paperboy Explains The Keys To Success In Business 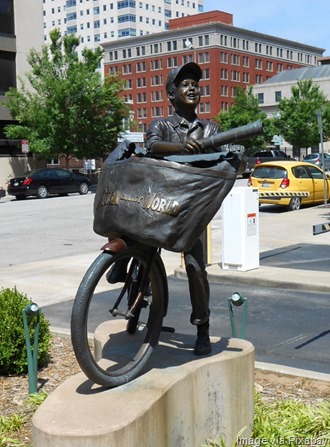 Creating a new business is not rocket science. Whether you are starting a paper route, or commercializing a complex technology, the same basic principles of success apply. I found this illustrated well in a new book I just finished, “A Paperboy’s Fable,” by a young entrepreneur and writer Deep Patel. It doesn’t take a superior intellect or big credentials to succeed in business.

Although just seventeen years old, Patel has some great insights that I can extrapolate for every aspiring entrepreneur to answer the most common question I get as an advisor and mentor – “Where do I start?” I’m convinced that anyone who really practices the principles outlined in his book not only will have no trouble starting, but also will have a higher probability of success:

Following these principles, and practicing incremental and continuous learning, are the best ways to prepare for the life you want as an entrepreneur or business professional. Also, before you can decide where to start, you need to define what success means to you.

Success to you probably includes financial gain, but don’t forget that money doesn’t buy lasting satisfaction and happiness. The happiest business people don’t work for money, and don’t even think of what they do as work.

As a small business and startup advisor, I find that entrepreneurs often love to talk about their latest idea, but not their execution. Like most investors, I’m convinced that success in business is more about the plan and the person than the idea. It’s great to be a visionary and a thinker, but a business that generates real world change and wealth requires people who get things done.

For example, Elon Musk is recognized as a visionary entrepreneur, but his fortune and his impact has come from the great companies he has built, including SpaceX, Tesla Motors, and PayPal. He seems to have a knack for surrounding himself with people who can complement his skills, follow his model of an intense work ethic, and together provide consistently outstanding results.

The challenge is to recognize the people with the right traits to get results, and to train yourself to work on the right things. We all know people in business who are constantly busy, but never seem to get anything done. I believe the right attributes and habits can be recognized and learned, and here are seven key ones that I find in successful entrepreneurs:

I find that we all have biases that can trick us into picking the wrong people, or discrediting feedback on our ideas and business plans. The best entrepreneurs work hard to overcome these biases, and actively seek insights which may refute their basic assumptions. They are willing to learn and change based on results and new input. Idea people are often more fixed in their view.

Thus if you hear yourself or someone else expounding too often at the idea level on something that will change the world, it may be time change the focus to business traction achieved so far. Even if you are not looking for an outside investor, it helps to think like one in validating that you are investing your own time and effort for maximum impact. Don’t be too busy to get the right things done.

MartinZwilling at 6:30 AM No comments: 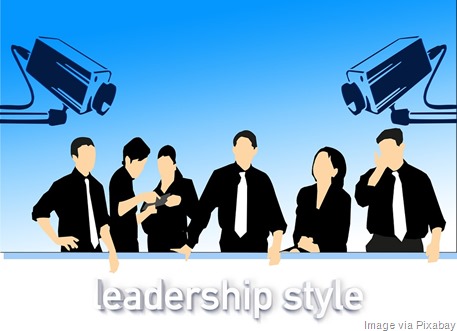 The vision of the founder or founders prevails during the initial stage. The founder clearly sees the future of the company and overlooks near term obstacles or road- blocks. Leadership at this point is very personal and carries a lot of empathy, needed to convince early employees and VCs. The leader is readily accessible to all employees and ‘leads from the front’.

I was the founder of a hardware company in the communication space. The technology was licensed from a European company, which also provided the start-up funding. The team succeeded in all functional areas, but we found it difficult to generate sales for our new and innovative technology. After a number of challenging years we determined that the market did not develop as expected and I closed the operation down. Even though this decision was hard for my team members, it turned out to be the correct move. The market did not evolve.

Having convinced VCs or Angels to invest, the company enters the next stage. Functional areas are staffed and headed by experienced managers. The initial vision becomes reality and is being tested by customers and partners. Leadership at this point is shared between the founder and key functional managers. The founder is clearly in charge of each final decision, but seeks advice and council from experienced functional managers and the Board.

At this stage the company has assured its near term survival, is profitable and growing. An exit strategy is being discussed by senior management and funding partners. In numerous instances the founder has stepped up to the Chairman role, the company is run by professional managers, in a cooperative style. Consensus management tends to prevail at this stage.

This hardware company had achieved a significant market share, had gone public but the rate of growth became nominal. The management team was in total agreement to merge with a global software company. All key managers remained with the merged company.

Competition may have eroded a company’s market position, technology may have made its products or service obsolete, staffing and expenses may be out of control. Specialized groups tend to acquire companies, which have encountered this stage. A turn-around interim CEO is brought in with the mandate to ‘fix’ the company within a specified time period. An experienced turn around CEO quickly develops a vision for the company and its survival. The leadership style for this role is tightly focused, hard driving and results oriented. If consensus can be readily obtained it is helpful. Lacking consensus the interim CEO must and will make autocratic decisions to ensure financial viability of the company.

I was interim CEO of a Europe based systems software company. Over 70 percent of the development team was working on a new product. There was no consensus as to when the product would be completed, what the definitive specs were and what revenues could be generated. Since the management team was unable to reach consensus, the project was terminated. Decisions of this type must as fast as possible to avoid internal confusion, lack of direction and ongoing losses.